The lunar distance method (or lunars) was one of the means of determining longitude at sea that was made practicable in the 1760s. The method used the moon's apparent motion relative to the stars like a clock to find a reference time (e.g. the time at Greenwich). The difference between this time and local time on board the ship - determined from the sun - could be converted into a difference of longitude, one hour of time difference equating to 15 degrees of longitude.

Lunars needed two things for effective shipboard use. The first was accurate tables of the Moon's future positions, for which the Observatoire de Paris [

] and the Royal Observatory [

] in Greenwich had been founded. These motions are so complex that it was not until Tobias Mayer brought together Newtonian gravitational theory with lunar observations from Greenwich and elsewhere in the 1750s that accurate predictive tables became available. From 1767, these were made available through the Nautical Almanac, the production of which was overseen by Nevil Maskelyne [

The second requirement was an instrument for making accurate observations from the deck of a ship. This was eventually met through the introduction of the Hadley quadrant or octant [

A significant proportion of the Board of Longitude's efforts were devoted to the development of the lunar distance method, including assessing and testing proposals, the development of instruments and the production of publications, notably the Nautical Almanac and other astronomical tables.

As the principle of lunar distances was well understood by the 16th century, proposals for its use were already common by the time of the first Longitude Act in 1714 and a number of schemes were put forward in its wake, including Robert Wright's Viaticum Nautarum or The Sailor's Vade Mecum [NVT/5], which was sent to Isaac Newton.

The Board of Longitude was, of course, heavily involved in the testing and development of longitude methods, which are, therefore, prevalent throughout the confirmed minutes [RGO 14/5], with those in the 1750s and 1760s documenting their contact with Hanoverian mathematician Tobias Mayer and the tests carried out at sea by Nevil Maskelyne in the 1760s. These same testing voyages are also documented in Maskelyne's journals: of his voyage in 1761 [RGO 4/150] to St Helena [

] and to Barbados in 1763-4 [RGO 4/321]. His work at the island is well documented in the observations made there [RGO 4/323] and a draft letter [RGO 4/320:7] written to the Board of Longitude. This letter directly relates to the instructions given to him at the Board meeting [RGO 14/5:57] on 9 August 1763). Some rough notes relating to lunar distances also appear in RGO 4/66 [RGO 4/66]. Slightly different perspectives on the deliberations of the Board when judging the results of the Barbados [

] trials appear in the surviving notes by William Wildman, Viscount Barrington, [BGN] and the Harrison Journal [HARRISON]. Papers relating to the decisions they came to include the instructions for payment to Leonhard Euler and Tobias Mayer [ADM/A/2572].

The production of lunar tables as a basis for the lunar distance method are another extensively documented aspect of the Board's work, including documents relating to the Nautical Almanac and its production. These occur throughout the confirmed minutes and in a number of other areas, covering topics such as Charles Mason's work on improving lunar tables in 1772 at RGO 4/84 [RGO 4/84] and RGO 14/85 [RGO 4/85] and his family's petitions for payment [RGO 14/12:346r] after his death.

The lunar distance method was continually subject to improvement and correction, something that is well documented in RGO 4/292 [RGO 4/292], which concerns the lunar-distance correction methods of Israel Lyons and George Witchell, and Andrew Mackay's suggestions for improvements to the method [MKY/6], as well as in the volumes that gather together the many suggestions for new instruments and improved techniques: RGO 14/29 [RGO 14/29], RGO 14/30 [RGO 14/30], RGO 14/32 [RGO 14/32] and RGO 14/35 [RGO 14/35]. Specific correspondence around a proposed new instrument by John Wood in 1792 is at RGO 4/219 [RGO 4/219], while a proposal for a Universal Analemma intended to solve all problems in nautical astronomy including lunar distances without calculations is at RGO 14/41:171 [RGO 14/41:171].

Many other items record the practice of using lunar distances at sea. These include William Wales's journal of his voyage to the South Seas [RGO 14/60], the log book of HMS Adventure's voyage [RGO 14/56] in 1772-1774, the observation book from the same voyage [RGO 14/57], a partially filled in preprinted form for finding the longitude by lunar distances [G298] and Peter Heywood's records of Latitudes and Longitudes of places in the East Indies [RGO 4/109]. 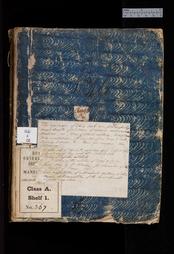 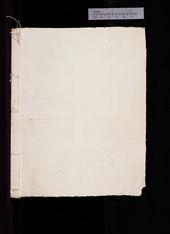 Positions of places in the East Indies (RGO 4/109)