Pendulum experiments were performed in Britain and across the globe for two reasons in the late eighteenth and early nineteenth-century. Firstly as part of a series of investigations done by several committees evaluating the use of the seconds pendulum in the creation of a standard yard measurement. Secondly, and most significantly to the Board of Longitude and its archive, pendulums were swung in locations across the globe by men of science sent out by the Admiralty to measure gravity variation and work towards collecting enough data to estimate the figure of earth. Pendulum research was included in the seemingly ever expanding remit of the Board of Longitude during the nineteenth century, and it funded pendulum experiments directly. For example the receipts given to the Board by Edward Sabine for the transportation and repair of pendulums [RGO 14/20:879] are found in the archival volume dedicated to vouchers. There are also accounts [RGO 14/16:335] relating to Henry Foster's pendulum experiments performed between 1824 to 1828 whilst he was serving as a lieutenant on the Northwest Passage expedition led by Captain William Edward Parry, aboard HMS Hecla . He measured the strength of gravity in many locations during the voyage with several pendulums, for which he was awarded the Copley Medal in 1827 and was promoted to the rank of Commander in the Navy. The expenses claimed by Sabine and Foster demonstrate the range of factors involved in ensuring that pendulum research could be performed. The Board of Longitude was often called upon to assist with the maintenance and repair of instruments as well as their transportation. Additionally there were more mundane requests, such as paying for the printing of 1500 of Foster's blank results forms, to ensure greater ease and standardisation in the results obtained from his investigations.

The Board of Longitude and associated papers have many references to pendulum research being performed with the ambition of finding the figure of the earth. Most of these are collected into a volume [RGO 14/49] entitled Correspondence on Pendulum Experiments which is further sorted into folders each containing material relating to individual researchers. Edward Sabine, Henry Foster, Henry Kater and Fearon Fallows get a folder each for their research whilst the work of William Whewell, George Airy and Basil Hall is consolidated into one file. The documents in these folders concern not the methodology used in the experiments, each had autonomy over his own investigations, but the bureaucratic work that went on to ensure that the experiments could take place at all, along with the publication of results and conclusions afterwards. For example co-ordinating the payment for the publication of Edward Sabine’s 1825 work on the figure of the earth performed with the invariable pendulum designed by Henry Kater produced much of the correspondence in his section of the volume.

Additionally it is important to remember that the pendulum clock also had a third function in astronomy working as a regulator; its oldest function in its original capacity as part of a timekeeper. Pendulum clocks were by far the most accurate timekeepers available in the period that the Board existed and so they were used as astronomical regulator clocks, keeping time at established observatories as well as in temporary field stations and tent observatories. The noise of the regulator clock’s pendulum could be used to time celestial events whilst the eyes were busy with observation. Edmond Halley, second Astronomer Royal established a system of meridian astronomy at the Royal Observatory which involved having two telescoped fixed rigidly in the north-south or meridian axis. Mural quadrants measured the altitude of stars as they crossed the meridian, whilst the transit instrument was used with a pendulum regulator clock to record the exact time that the star crossed the meridian. This practise was inherited by Nevil Maskelyne when he became Astronomer Royal in 1765.

Correspondence regarding geodesy, pendulum experiments and the longitude of Madeira (RGO 14/49) 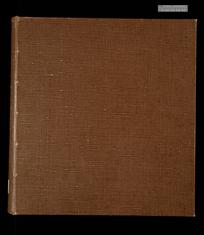