May the day soon come when prejudice and obstacles will be removed, and women be free to make the fine contributions of which they are assuredly capable."

Dorothy Mary Needham, née Moyle (1896-1987), FRS, was born in London and educated at Claremont College, Stockport. She was admitted to Girton College Cambridge in 1915 to study for the Natural Sciences Tripos. She passed Part I in 1918 and Part II, specialising in Chemistry, in 1919. Working with Frederick Gowland Hopkins in the Sir William Dunn Institute of Biochemistry, Cambridge she received the 'title' of BA and MA in 1923 and of PhD in 1930. Her most important work was on carbohydrate metabolism in muscle. From 1930 to 1940 she was involved in pioneering work on the part played by ATP (adenosine triphosphate) in the contraction of muscle, and for this and other research she was awarded the Cambridge University ScD (1945) and elected to the Fellowship of the Royal Society (1948). In 1940 she joined Dr Malcolm Dixon's chemical defence research group to work on the effects of chemical weapons such as mustard gas on the metabolism of skin and bone-marrow. She retired from active research in 1963 to work on her book Machina Carnis: The biochemistry of muscular contraction in its historical development, published by Cambridge University Press in 1971. Her significant contribution to biochemistry was recognised by becoming an Honorary Fellow at three Cambridge Colleges: at Girton, where she had been educated, she became an honorary fellow in 1976; at Lucy Cavendish, which she helped to found in 1965, she was a Foundation Fellow; and at Gonville and Caius, where Joseph Needham was Master for eleven years (1965 - 1976), she became an Honorary Fellow in 1979 - the first woman admitted to Caius and, for a long time, the only woman fellow. Despite her great distinction she never held an established post in the University, but was supported by grants and fellowships from the ARC and other funding bodies.

As Mikuláš Teich notes, she embraced “lastingly socialist ideas in combination with deep-felt Christianity”, beliefs that “go some way to illumine Dorothy Needham’s lifelong multifarious involvements in humanitarian actions and progressive politics.” She also forged a profound connection with China in the second half of her life. In 1944-45, she accompanied her husband Joseph Needham to China where he was Scientific Counsellor at the British Embassy in Chungking (Chongqing). Dorothy Needham was appointed Associate Director of the Sino-British Science Cooperation Office, meeting and engaging with many of China’ s finest scientists, and, she is said to have mentioned, had the occasional picnic with Zhou Enlai. Thereafter, she visited China on two further occasions, 1964 and 1972, keeping detailed diaries of her visits. She was an astute social commentator and careful scientific observer so her diaries written during these visits to China at times when very few Westerners were granted access offer unique insights.

It is these diaries that are presented here, beginning with her Wartime diaries. Further materials will be added later. 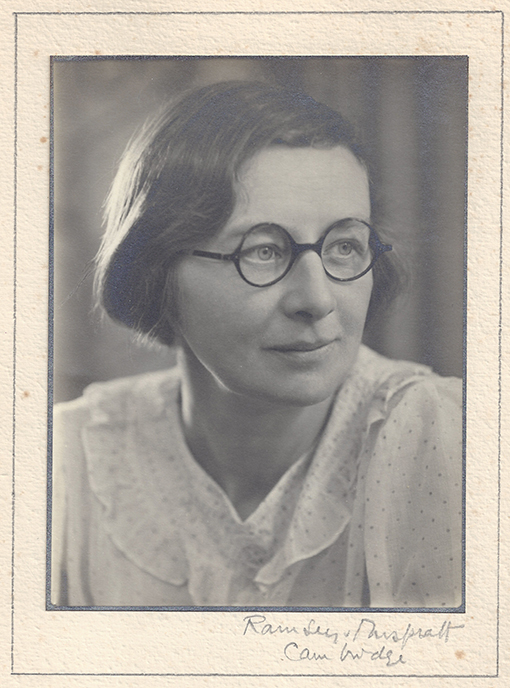 Photograph by Ramsey and Muspratt, 1936. Copyright Peter Lofts.
This site is one outcome of the Wellcome Trust project 217669/Z/19/Z: “Science and Medicine in China from World War II to the Cultural Revolution: Sources from the Archives of Joseph and Dorothy Needham”. We would also like to express our thanks to Jeremy Moyle and Rosamond Gorringe, Dorothy’s nephew and niece, and Gail Moyle; to Girton College
Cambridge, where Dorothy’s archives are held, and Lucy Cavendish College, Cambridge for their permission to use these materials; to Peter Lee and the Joseph Needham Foundation for Science and Civilisation, HK; to the Cambridge University Digital Content unit; and to all those who contributed to producing these transcriptions, most especially Lucy Alphonse, who in 2018, while a final year student in the Faculty of History at Cambridge University, made the first transcription of these diaries. Without her initiative, we might never had had the courage to take on the challenge!
Digital imaging and transcription has been generously supported by the following:

Lucy Cavendish College, Cambridge
By continuing to use the site you agree to the use of cookies. You can find out more in our help section.