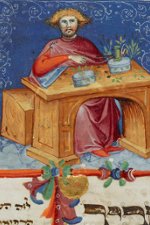 Under the leadership of Dr Leonard Polonsky and as part of its International Digitisation Project, The Polonsky Foundation has provided major funding towards the development of the digital library's infrastructure and digitisation of Hebrew Manuscripts.