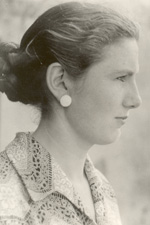 The Skilliter Centre for Ottoman Studies supports research into the history, literature, and culture of the Ottoman empire and the early Turkish Republic. It seeks to encourage knowledge and understanding of a major Muslim empire with large European and Mediterranean territories, and to assist scholars from many disciplines in exploring connections between their own work and Ottoman studies.

The Skilliter Centre Research Library and Archive holds rich and varied collections: it is estimated that around 20% of the Library’s holdings represent the only copy of that item held in the UK. Originally made up of Susan Skilliter’s bequest of some 3,000 books, the library now comprises over 12,000 volumes. It has a large collection of travel accounts and Ottoman material from the nineteenth and early twentieth centuries, and collections of published archival material.

The Archive holds a founding collection of the papers of Susan Skilliter, Lecturer in Turkish Studies at the University of Cambridge from 1965-85, along with material from other significant donors and contributors to Ottoman history. This collection includes correspondence, unpublished papers and documentation, coins, and photographic material.

The Eckstein Albums document a medical survey of maternal and infant health in rural Anatolia from 1935 to 1939, captioned by a German Jewish migrant to Atatürk’s new Republic (E038). Albert Eckstein was welcomed into Ankara by Refik Saydam, Atatürk’s Minister for Health (E022), through the Emergency Organization for German Scientists Abroad. An eminent pediatrician who fled the rise of Nazism, Eckstein was also a gifted photographer and portraitist. He conducted a survey on maternal fertility and infant mortality as Director of the Paediatric service at Ankara Numune Hospital (E023; E024; E025) and used the commission to capture the social and economic realities of rural Anatolian villages. He conducted tours of rural Anatolia between 1936 and 1939, photographing villagers in Isparta (A001), Muğla (K017), Sivas (JO35), Niğde (J053), Samsun (A026), Konya (B063), as well as urban life and monuments in İstanbul (G059) and Ankara (E032).

The Eckstein Albums offer a unique insight into Turkish medical history and the engagement of Jewish migrants in Atatürk’s health and social reforms. These include the campaign for healthy children, a drive for basic health and hygiene education, and major campaigns against specific widespread and debilitating diseases such as trachoma or malaria. The collection provides visual evidence of Turkey’s rural population in the early years of the Republic’s existence, on its ethnographic profile and on family structure, for example, the role played by older children in caring for their siblings (A020; A022) and the significance of female labour in farming (J005; J017). His photographs situate maternal and infant health in the wider context of agricultural work (K020), village education (K057), and housing (C019). The level of rural poverty documented in the photographs highlights the difficulties the early Republic faced in its attempt to improve the medical conditions and lower rates of infant and maternal mortality.

Albert Eckstein travelled widely across Turkey and elsewhere, and his photographs also convey a keen interest in archaeology (D005) and the natural world (I041). From the Middle East (in Jerusalem (LO22), Baalbek (L048) and Cairo (N006)) to Europe (in Venice (M032) and Athens (M012)), these albums chronicle the several migrations of a Jewish family in the interwar period before their eventual move to Cambridge (N037).