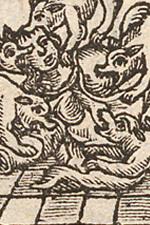 From the collections of: THE BRITISH LIBRARY.