George Fisher was a Navy Chaplin and Astronomer who went on several Arctic voyages before retiring from the Navy and taking up the headmastership of Greenwich Hospital School in 1834. Lacking much formal education, Fisher joined the Westminster Insurance Company at 14 and his aspirations of becoming a man of science were fostered by eminent men, like Joseph Banks and Humphrey Davy, and he went to Cambridge in 1816. His graduation was delay when he was recommended by the Royal Society to go as one of the astronomers on the Admiralty’s Arctic expedition lead by David Buchan in 1818.

On his first arctic expedition Fisher performed many significant experiments and observations. The voyage itself was regarded as rather unsuccessful as the ships, Dorothea and Trent , got stuck in ice north of Spitsbergen and retreated home, rather than continuing on northwards across the pole to the Bering Strait. But for Fisher there were many opportunities to perform scientific activities; he observed the Aurora Borealis and also performed experiments [FIS/5:10] with a dipping needle, measuring the variation in the earth’s magnetic field. Fisher was interested in the effect of magnetism of the functioning of chronometers and after he returned to London, Fisher presented his work from this voyage to the Royal Society where it was very well received. A summary of his findings was then published in the Philosophical Transactions of the Royal Society in 1820.

Fisher returned to the Arctic as part of the 1821 expedition, lead by William Edward Parry, which was ordered again to search for the Northwest Passage Fisher performed an even greater number of investigations, observations and experiments on this voyage, causing Parry to comment on his ‘unabated zeal and perseverance’ in his account of the voyage. Fisher observed [FIS/10:003] the increase in the pulse of himself and members of the crew, going from the ship to full arctic exposure and compared this to the adaptations he saw in the Arctic animals he observed. He also recorded some anthropological observations [FIS/10:006] about the health and diets of the local people in their first contact with Europeans. Fisher also performed experiments to determine the velocity of sound [FIS/6/A:051] and to determine the figure of the earth using a pendulum [FIS/9:300]. Significantly for astronomical and navigational science in this period Fisher performed a series of observations [FIS/6/B:022] to determine the degree of refraction of stars on the horizon at low temperatures. Finally Fisher also investigated the effect of the cold and the Aurora Borealis on a selection of different chemicals [FIS/8:055] as well as on the specific gravity of sea water [FIS/8:128] taken from different depths.

Fisher has a varied number of interests and took full opportunity of time in the Arctic to investigate them, but the subject to which he devoted most of his energy was the effect of magnetism on the rates of chronometers. After he returned from Parry’s 1821 voyage Fisher continued to investigate the causes of error in chronometer mechanisms. At the Hertwell Observatory [FIS/21] owed by John Lee and the Royal Observatory at Greenwich [FIS/22], Fisher continued the research that he had started in the Arctic performing many observations of the rates of chronometers exposed to magnets as well as recording the rates in chronometers [FIS/20:005] made by Arnold and Dent. Fisher worked with chronometers that contained glass balances and springs [FIS/23:043] in an attempt to negate the effect magnetism had on mental components. Fisher published some of his thoughts and results in The Nautical Magazine in 1833 and suggested that solving the problem of varying rates in chronometers was the most important ambition of the day and that a solution would lead to swift progress in the navigational arts.

Observations and working at Dane's Island, Spitzbergen, including notes on magnetic dip and the specific gravity of ice (FIS/5)

Experiments on the temperature of animals made by Fisher on Parry's expedition, 1821-1823 (FIS/10) 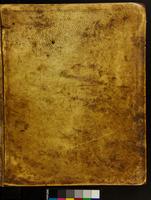 Navigational workbook: notes and working on horizontal vibrations and chronometers at Greenwich and Hartwell (FIS/20)