Nevil Maskelyne was undoubtedly one of the most important figures in the Board of Longitude after his appointment as Astronomer Royal in 1765 and until his death in 1811. As such, he is a prominent individual in the summaries of the Board of Longitude archives. In addition, this project includes part of the archive of observations, notebooks and correspondence associated with Maskelyne's period as Astronomer Royal and other personal papers [REG09/000037] now at the National Maritime Museum.

Maskelyne became involved with the Board of Longitude and the Royal Observatory, Greenwich before becoming Astronomer Royal and, therefore, a Commissioner of Longitude. He had aided James Bradley with his work on Tobias Mayer's lunar tables, and made use of them in calculating longitude by lunar distances on his voyage to St Helena [RGO 4/150] for the 1761 transit of Venus.

Maskelyne first undertook official work for the Board as astronomer [RGO 4/321] for the 1763/4 voyage to Barbados on which Mayer's tables, John Harrison's sea watch [

] and Christopher Irwin's sea chair were trialled. The outcome of this crucial trial were discussed at a Board of Longitude meeting in February 1765 [RGO 14/5:75], which was Maskelyne's first as a Commissioner. The coincidence of Maskelyne's having been the astronomer testing the lunar distance method, in which he had previous interest, and who made the observations to fix the longitude at Barbados [RGO 4/323], against which all three methods were compared, and almost immediately being put in a position to judge the outcome and make decisions about interpreting the Longitude Acts, led to Harrison and his son, William becoming increasingly hostile, as revealed frequently in the Harrison journal [HARRISON] and elsewhere.

As a Commissioner, and the Board's chief technical expert, Maskelyne was required to assess the merits of many, if not most, of the proposals that came into the Board. His name and comments appear throughout the confirmed minutes. Maskelyne was also principally concerned with developing the two promising and, as he well understood, complementary longitude solutions. On the lunar distance side, he managed the process of producing the Nautical Almanac [RGO 4/324]. This began with observations made at Greenwich, with the transit instrument [

] . This raw data was then reduced and further processed by a Maskelyne's assistants and network of human computers. Finally, Maskelyne oversaw the printing [REG09/000225], publication and distribution [RGO 14/5:75]. In addition to the Almanac, Maskelyne oversaw the correction, reduction and publication of other key astronomical tables, including Charles Mason's work on improving Mayer's lunar tables [RGO 4/84]. He was interested in making the process of astronomical navigation simpler, investigating new methods, aids to calculation [G298] and the encouragement of mariner's education.

He was no less assiduous in encouraging the development of marine timekeepers. Initially he focused on the need to reveal the secrets of Harrison's mechanism [RGO 4/152], encourage its replication [ZAA0883] and simplification or improvement by other makers. Many of the early timekeepers were tested by Maskelyne at the Royal Observatory [RGO 4/312]. He was also concerned to get timekeepers in use on ships, suggesting to Lord Sandwich in 1771 [RGO 14/4:207] that timekeepers [

] by Larcum Kendall and John Arnold be taken on the second and third voyages of James Cook. They were to be used and tested by paid astronomers, whom he selected [SAN/F/36] and had often trained or previously worked with. Maskelyne supplied instructions [RGO 4/185] and arranged for use of instruments by these and other expeditionary astronomers, who returned their observations [RGO 14/57] and log books [RGO 14/56] to and corresponded [RGO 14/52:5] with Maskelyne. Maskelyne wrote out lists of instruments, such as this draft [AGC/8/29] for Cook's third voyage.

The correspondence of the Board, such as this volume of correspondence on astronomical methods [RGO 14/36], reveals Maskelyne's constant involvement in assessing ideas, methods and improvements to longitude techniques. The need to make decisions about the work of many clockmakers, instrument-makers and others was time-consuming, and could lead to bitterness, arguments and pamphlet wars. Clearly, though, Maskelyne often found that choosing not to respond publicly [RGO 4/187:48] was the wisest option. However, there seems to have been appreciation of Maskelyne's mathematical and managerial abilities from those who worked with and for him, and his correspondence shows that he was held in great esteem by foreign astronomers. A letter [REG09/000037:7:85] from Lalande to Maskelyne introducing Jean Baptiste Joseph Delambre likewise describes how Maskelyne was for Delambre "le dieu de l'astronomie".

Maskelyne enjoyed cordial relationships with many astronomers and mathematicians, as shown, for example, by his correspondence with Henry Andrews [RGO 4/149], one of the chief Nautical Almanac computers. Maskelyne often sought to aid individuals' careers, as shown in his correspondence with Andrew Mackay [MKY/8], and provide other kinds of assistance [RGO 4/187:10:1r]. He was exceptionally conscientious in the case of clearing up finances and other matters [Mm.6.48] after the death of the expeditionary astronomer William Gooch, evidently feeling care for a young man under his patronage, and responsibility to Gooch's parents, as well as the need to deal carefully with government money.

Maskelyne's relationship with the other key figure in the later history of the Board, Joseph Banks was subject to fluctuation, with the two having very different personalities and approaches to managing the scientific world. Maskelyne's correspondence with Banks [REG09/000037:5:56] demonstrates that they could be close colleagues, largely running the Board between them. However, dissentions between different groups within the Royal Society [MKY/8:6r], arguments over how the Board should deal with clockmakers John Arnold, Thomas Earnshaw and Thomas Mudge and other matters meant that their relationship was sometimes painfully strained.

As perhaps suited an astronomer and manager, Maskelyne kept a careful record of his accounts, both in relation to the Board of Longitude, for example monies advanced to him [RGO 14/2], postal expenses [RGO 14/18:23-77] and at home [REG09/000037:10:33]. He also chose to keep a record of details about journeys, recipes [REG09/000037:4:1] and various home arrangements. After Maskelyne's death, these latter were taken up by his only child, Margaret Maskelyne, on whom the tasks of notifying people of the death, making a household inventory [REG09/000037:2:6] and dealing with accounts fell.

A description concerning such mechanism as will afford a nice, or True mensuration of time (ZAA0883) 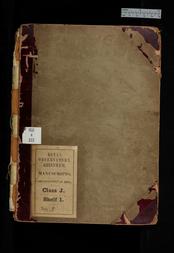 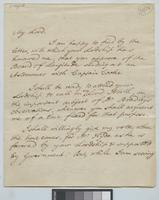 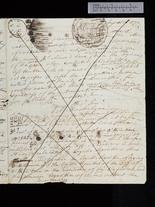 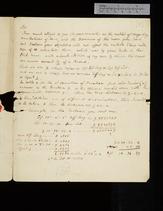 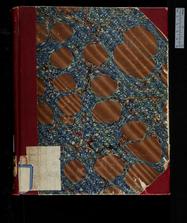 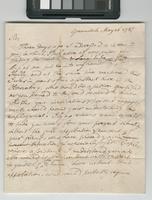 Accounts of the Board of Longitude (RGO 14/2)