Treasure your exceptions! When there are none, the work gets so dull that no one cares to carry it further"
William Bateson, The Methods and Scope of Genetics, 1908, p.19 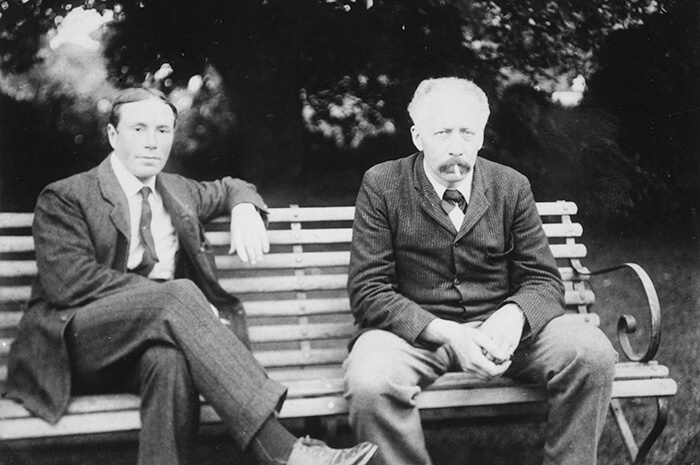 William Bateson (1861-1926) and Reginald Punnett (1875-1967) were the founders of experimental genetics in Britain and the main advocates of Gregor Mendel's models of inheritance. Through their collaborative experiments on poultry and sweet peas, Bateson and Punnett discovered some of the fundamental processes of Mendelian genetics, including complementation and the first example of autosomal (nonsexual chromosome) linkage. Their experiments are recorded in a series of laboratory notebooks acquired by Cambridge University Library from the Department of Genetics, a selection of which is now presented here. 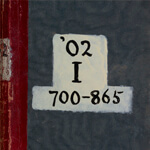 The digitised notebooks span the period 1898-1910 and include two major sets containing records of poultry breeding and sweet pea crosses, along with notebooks recording their experiments on rabbits and on a range of plant species.

Entries show evidence of at least two different handwritings and it is likely that they were made by Bateson, Punnett, and various assistants, primarily women. Bateson is recorded as having had a series of assistants, many of whom were Newnham students reading the Natural Sciences Tripos. One of his main collaborators was Edith Rebecca Saunders, a lecturer in Biology in Newnham, who was also interested in the genetics of plants. Bateson, Saunders and Punnett published a series of important papers between 1902 and 1910 which confirmed the general applicability of Mendel’s work, but extended it by the discovery of linkage and complementation. Bateson’s association with Newnham may have come about because his mother, an advocate for female emancipation, was an early member of the Newnham college council. Female students were allowed to take courses in Cambridge at that time, but were not allowed to graduate, being given a certificate instead of a degree.

In the years 1890-1900 there was considerable debate over the cause of discontinuous variation (fur or feather colour, for example) versus continuous variation (characters such as size or weight), and this had become an active argument following on from Darwin’s observations on the role of natural variation in the origins of speciation. Bateson disagreed with the Darwinists, and his interests lay in studying discontinuous variation. At that period, Mendel’s work had not yet been rediscovered, and Bateson and others were still trying to work out how variations in visible characteristics were specified and inherited.

Bateson’s views were not in accord with the scientific establishment of Cambridge, who were largely Darwinists. Perhaps because of this, Bateson found it difficult to get a permanent position in the University, and also to find facilities to carry out his research. He kept many of the chickens which he used for his poultry breeding experiments in his own garden in Merton House, Grantchester, and he grew sweet peas both in the Botanic Garden and at a farm, the location of which remains obscure.

Bateson’s joint experimental work with Punnett ran from 1903 until 1910 when Bateson became director of the John Innes Horticultural Institute. They continued to collaborate by founding the Journal of Genetics together, which they edited jointly until Bateson’s death in 1926.

Funded by the Wellcome Trust
With many thanks to Dr Donald MacDonald, formerly Head of Genetics Department, University of Cambridge
Image: 'The Partners, 1907' courtesy of the John Innes Centre
By continuing to use the site you agree to the use of cookies. You can find out more in our help section.