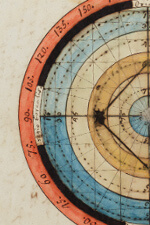 Images for the 'Account of John Harrison and his chronometer' (H17809) supplied by the State Library of Victoria..